Ep9 – Our Review Scale
Previous Next
About the series 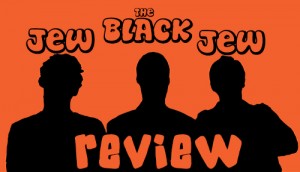 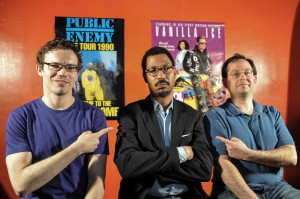 The Black Jew Jew Review is three New York City based comedians with twelve opinions. (One for The Black, five and a half for each Jew; therapy.) It all started when the three amigos went to get pizza after a show. Rap music came up, and The Black was shocked to learn that the Jews had opinions about his music. Hilarious arguments quickly ensued, and they decided to do a web series, because there just aren’t enough talking heads on the internet.

The Black Jew Jew Review releases a new episode every Saturday. It launched on February 1, 2014 in honor of Black History Month. (That was the Jews’ idea, not The Black’s. The Black plans to even the score on Yom Kipur.)